Magic and illusion shows have always fascinated me since young – except that I usually watch them from the TV screen or online. So this was my first time having the opportunity to watch a magic show live in front of my eyes at VISION 2015 – thanks to Sirius Art for the lovely invitation for Crystal and myself(:

Singapore’s only professional illusionist duo Lawrence and Priscilla Khong will once again bring to the audience a world-class performance that promises to be even bigger and grander on all fronts than ever before. As the largest illusion-theatre show in Asia, the creation of VISION took two years in the making before its sell-out debut performance in 2011, earning high praises among audiences in Singapore. Four years since its inception, VISION has performed throughout the region, and will be presenting an enhanced version that is it’s finest yet. VISION 2015 promises to fascinate its audience through complex and visually stunning acts, presented in grander scale while introducing numerous new illusions and an expanded storyline.

With that said, coming into the theatre, I was expecting an illusion show with just magic tricks and more magic tricks showcased by both the illusionist duo – Lawrence and Priscilla throughout the entire show. Was wondering how they were going to keep that up during the 2 hour show (including a 20 minute interval) actually! 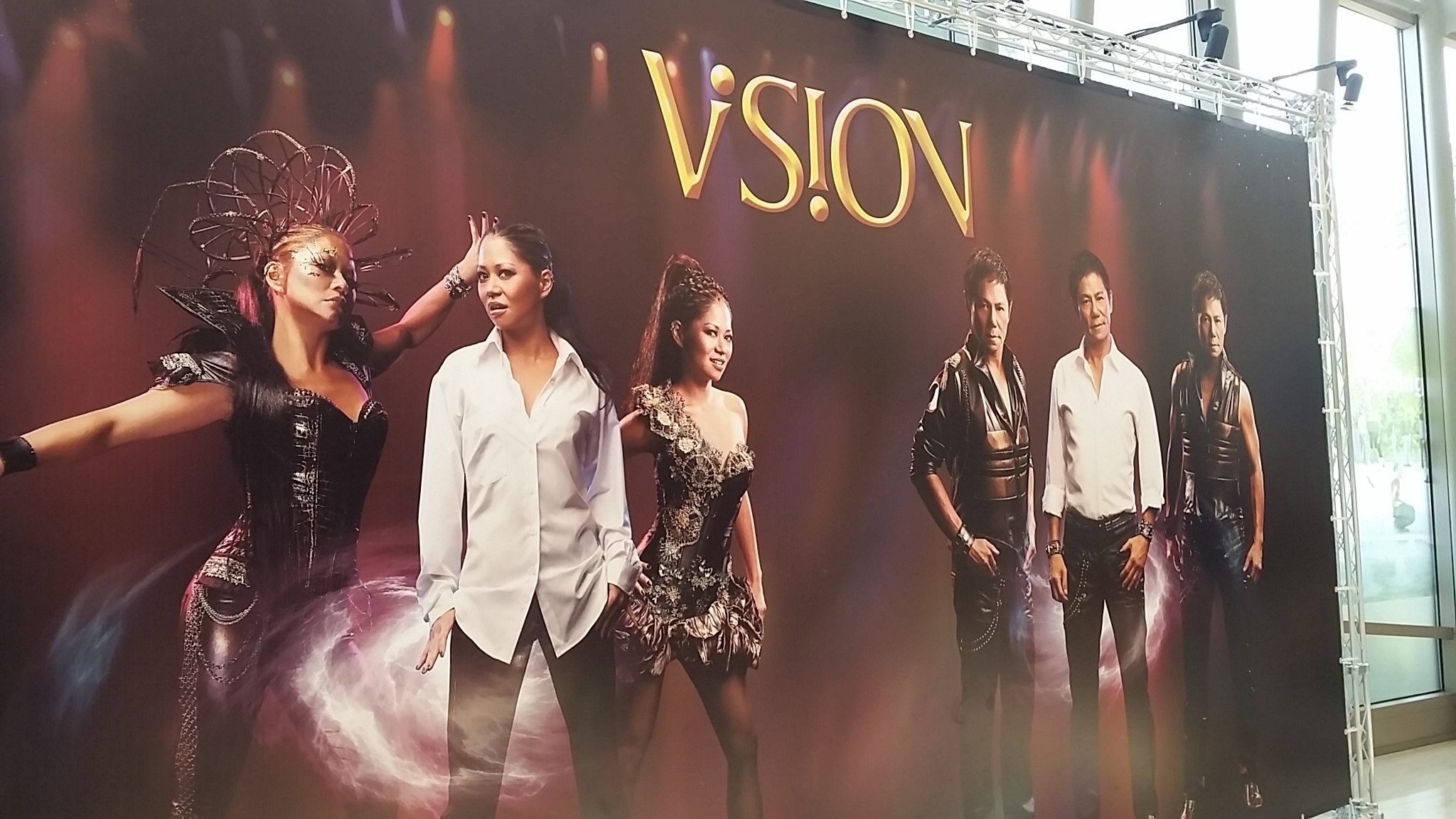 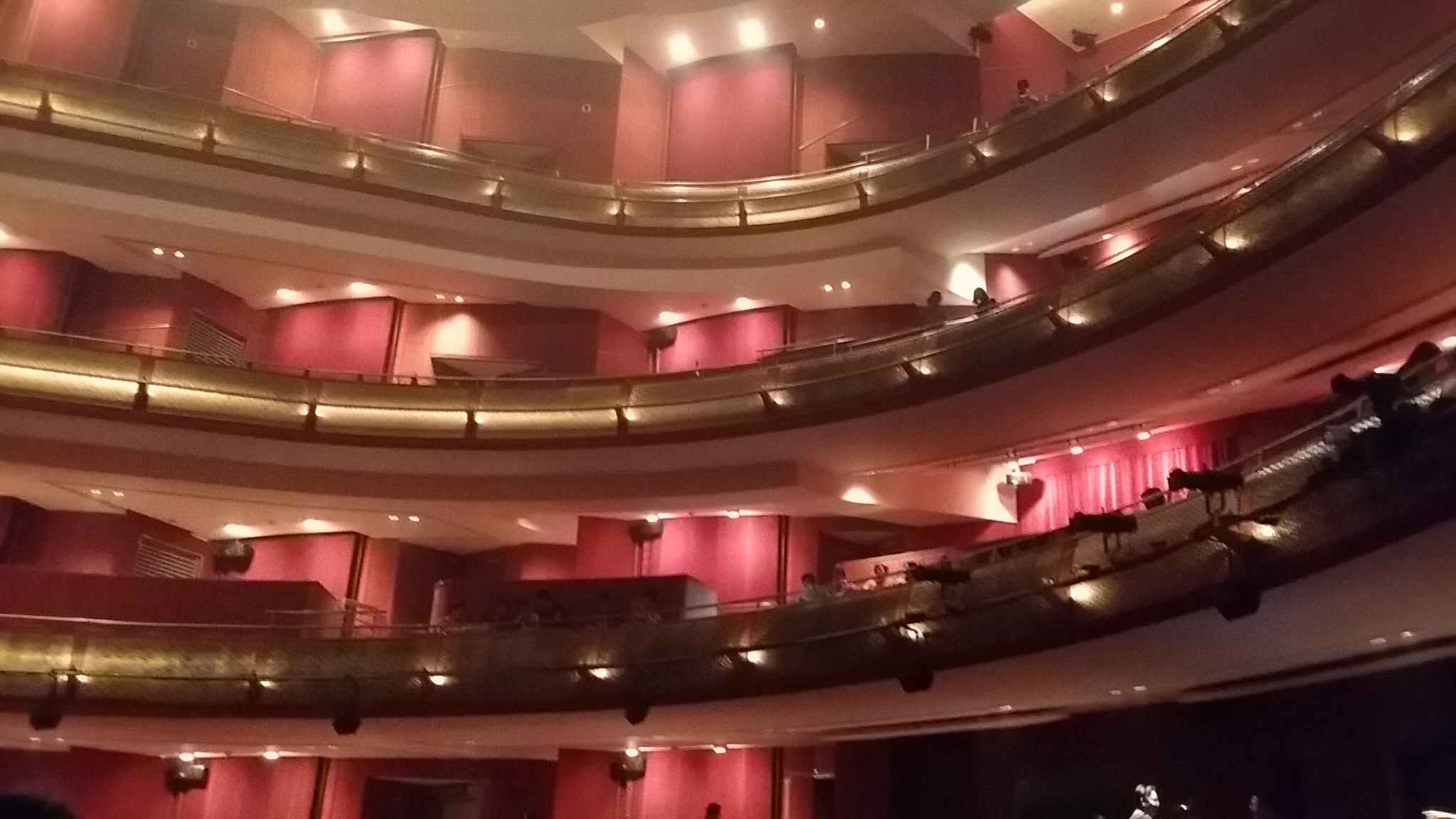 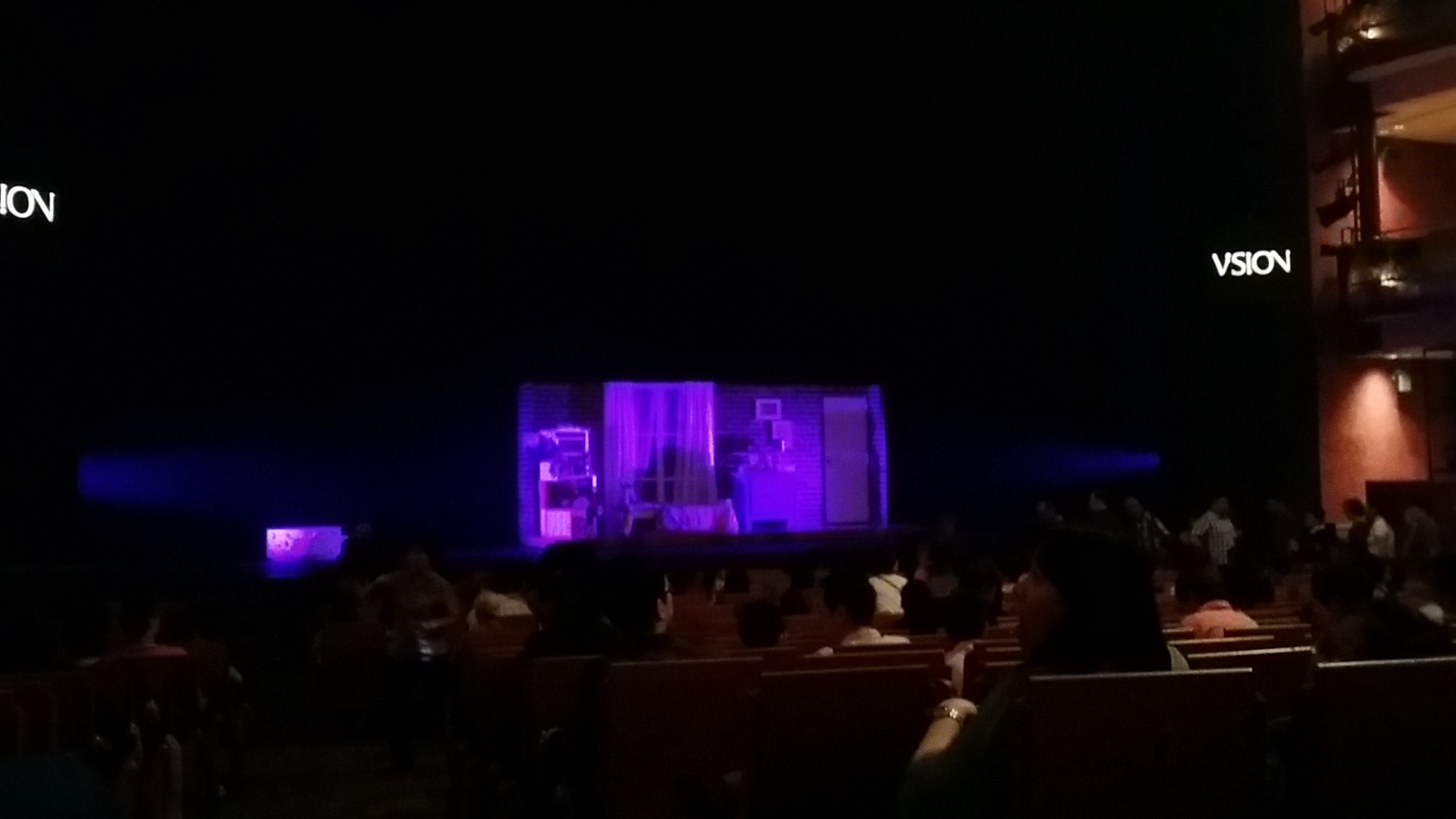 I have to say that it was definitely more than that. Instead, more elements were added such as modern dance, music and of course, a story to make the show more appealing and entertaining! (P.s There was a slight sinister twist to the story plot though).

By the way, the good thing about this theatre is that you get a decent view of the stage wherever you are seated (irregardless of the price)(:

Essentially, expect a range of magic tricks – from simple elementary magic that you can see from street magicians to full blown large scale illusions that will make you gasp and wonder – how the HECK did they do that?! Even till now, Crystal and I are still…stunned like vegetable :O Super un-un-unbelievable! 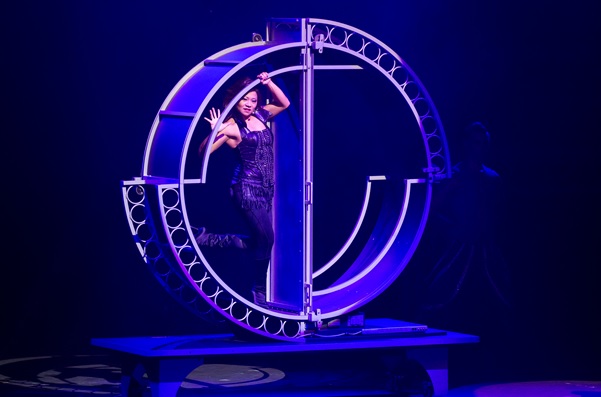 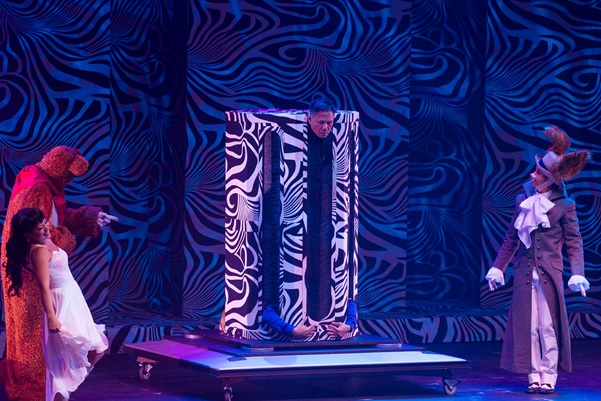 Heh, I really like how they are able to infuse their magic/illusion tricks into the story and it is relatively family friendly. You may think that initially some of the tricks may be quite clichéd but you will be impressed at how it unfolds as the story goes. 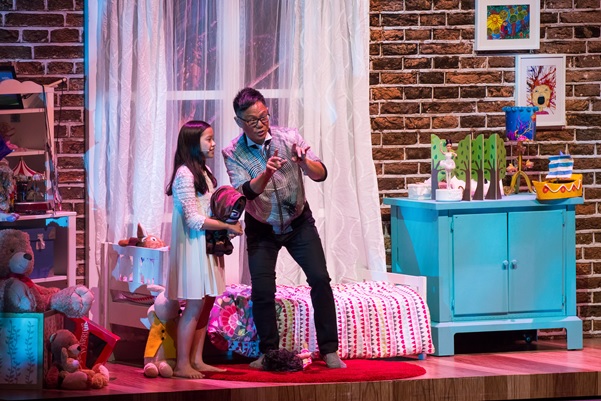 Kudos also to the lightings and props used and the backdrops for all the scenes were fantastic! Their dancers also deserve a huge shoutout as this show would not have been made possible without them. An excellent performance by Lawrence and Priscilla as well – they were definitely the stars of the show(: 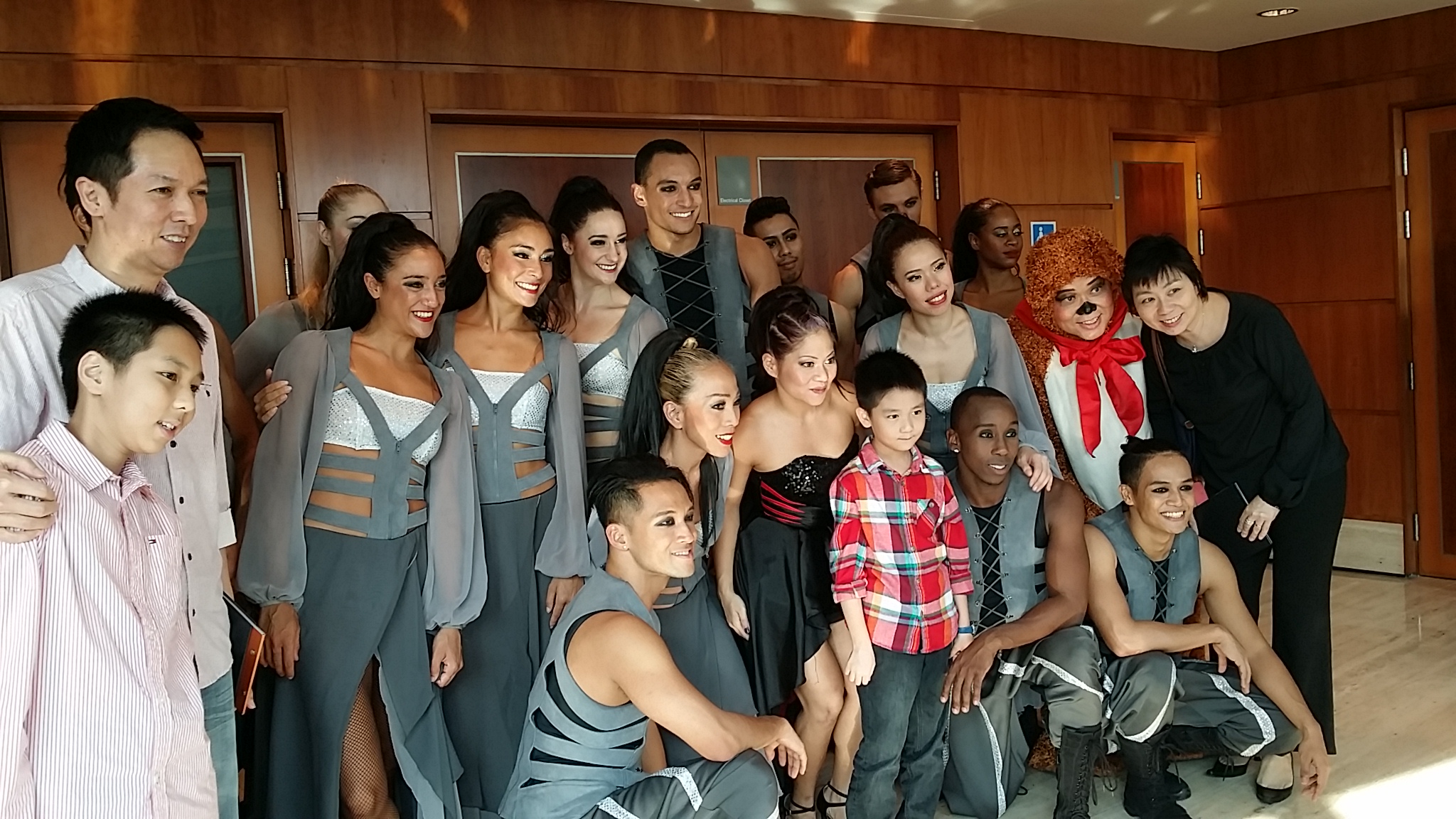 Overall, I think that Vision is an excellent and fascinating show to watch – be it with your family or on a date and I understand why it was a sell out when it debuted in Singapore back in 2011 and premiered in China previously. Really enjoyed ourselves and will recommend you to watch it for yourself as well!(:

P.s, there is also a free autograph and photo session with all the cast of VISION including Lawrence & Priscilla as well as all the dancers after the show!

If you are interested to watch – you can purchase your tickets (starting from $28) for VISION 2015 from SISTIC today!

Thanks once again to Ain from Sirius Art for the lovely invitation! (:

Hi! I'm mitsueki, owner of mitsueki by mitsueki . This blog, started on 19 November 2012 is where I pen and share my random bits of musings, thoughts, ideas and rants about food, fashion, current affairs and news, my life and travelogues. If you're interested for me to write an advertorial or review - well, why not? Drop me an email at mitsueki@gmail.com to discuss.

At this moment, I'm also open to event invites, but this highly depends on my schedule (preferably weekdays after 7pm only). Also, it would be best if I could bring a plus one - I'm shy!(:

For more details, I highly suggest you read this page first(: You can click here to read my list of Past Advertorials, Reviews & Events(:

Enjoy 3 sessions of either cupping or acupuncture @ S$68! Mention that you are mitsueki's blog reader and book an appointment in advance @ 6554 2048!

Find the Best Caterers in Singapore on Foodline SG!

Slim your way down with Weighted Hula Hoops!

Book your holidays on AirBnB!

mitsueki by mitsueki.word.press.com is licensed under a Creative Commons Attribution-NonCommercial-NoDerivs 3.0 Unported License.

Unauthorized use and/or duplication of any of the materials found in this blog (text, images and etc) without express and written permission from this blog’s author and/or owner is strictly prohibited.

Excerpts and links may be used, provided that full and clear credit is given to mitsueki at mitsueki.wordpress.com with appropriate and specific direction to the original content.